The Rio Grande river begins its journey at the mouth of a cave near Yunquera, Spain, and makes its way down through the mountains and just by the Tolox venta where we like to have lunch on the weekends.

For quite some time, we’ve been wanting to visit the river source (“nacimiento,” in Spanish), having heard that it’s a particularly beautiful place. Unfortunately, however, neither the routes we’ve found in books, nor the ones we found on the web have accurately described how to find the place. On our first attempt, two weeks ago, we simply couldn’t find it.

This past weekend, we tried again, and this time we did find it. In this blog article, we’ll describe how to get there, and point you to the trip page we created at EveryTrail.com, where you can download the GPS track file, to ensure your own ability to find it.

Getting to the starting point

We began by driving to Yunquera, about an hour’s drive into the Sierra de las Nieves region north of Marbella, Spain. There’s a round-about as you’re leaving Yunquera (with a green gas station on the left). Take the second exit in this round-about, heading down a narrow road, staying to your right. After less than a kilometer, you’ll pass a recreation area on your left. Just after this recreation area, is a small road that leads off to the left, through a row of trees on both sides. (At the beginning of this road, is a Junta de Andalucia sign announcing a number of trails in the area.)

After about three or four kilometers, there a road off to the right, just as the road you’re own curves relatively sharply to the left. The road to the right is marked with what looks like an aqueduct passing overhead. Turn right on this road, and park your car about 20 meters later, at the junction of the next road which also branches off to the right.

This next road off to the right is where you’ll be walking. You can’t drive it, thankfully, as the neighbors have put up a chain across the road to prevent all but those willing to walk from visiting the Nacimiento del Rio Grande.

After about 700 meters walking down this road, there is a sharp curve to the left. This curve is marked by a “plazoleta”, or “small plaza”; basically a little area where cars would have, in the past, perhaps parked. On the right side of the road, in this curve, a trail begins to descend just between two rocks. It is this trail that leads down to the river. If you miss this curve, and continue down the road, you’ll come to a point (about 200 meters later) where you’ll see a house on the right (with a heavily plant-covered outside garage), and (looking down the hill) a water reservoir on the left. If you get here, you’ve gone too far. (Turn around and walk about five minutes back up the road.)

From the path leading down to the river, it’s about a 200 meter walk. You’ll eventually come to a set of stairs on your left, that lead steeply down to a small dam that built on the river. At this point, you can do one of two things: 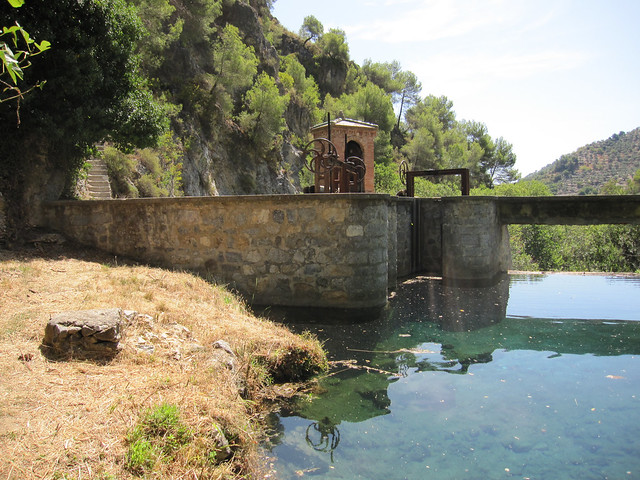 Attached below are some additional resources for you: