Published by Matt Henderson on January 7, 2013

Last Friday we packed up the family and headed three hours east of Marbella to Almeria, Spain, to participate in the 2012 Roquetas de Mar Chess Festival.

I remembered Almeria as the fruits and vegetables capital of Europe, particularly known for its massive hectares of ecologically-dubious plastic-covered farms. What we discovered, though, in addition to the plastic farmlands, was a beautiful coastline large hotels that cater to the winter-living needs of northern Europeans. Most have fabulous infrastructures, large rooms (many of which are actually apartments), and offer room and full board for as low as 17€ per day for stays over three months.

Hotels like the Bahía Serena, designed to host large numbers of people, are often chosen as the venues for chess tournaments like this, providing all the requirements for a multi-day event. And being located on the beach was icing on the cake!

There were actually two tournaments happening in parallel at this event—the XXIV International Open, in which no less than 33 Master-level players participated and the Sub-2150 ELO Open in which the mere mortals like myself and the kids played. (Actually, anyone could sign up for the International Open and we would have, except for the fact that it started on Wednesday rather than Friday.)

The Opposite of Performance

I, on the other hand, didn’t fare too well.

My tournament began great though, as I had 1700 ELO Jorge Wang Qiu up against the ropes, before experiencing my usual once-per-game brain-fart, and losing my queen.

My computer analysis program said I had the game completely won, prior to my mistake. Grrrr!

After that, things went from bad to worse, as I lost the next five games in a row. I was sweating bricks in my last game, hoping not to lose to a 7 year old with whom I was battling it out for last place. Although making a critical mistake in that one too, I managed to pull out the victory. In the end, I managed to finish ahead of four sub-10 year olds in the final ranking. YES! I DIDN’T FINISH LAST!

It’s always interesting to attend competitions at the highest level, just to see those who arrive at the top of their sport.

And those capable of the highest level of mental performance can sometimes seem… a bit strange. (We all recall Bobby Fischer!)

There was one Grand Master, in particular, who would walk away from the table after every move, returning only when his opponent made his move. Sitting back down at the table, he would stare profoundly into the eyes of the opponent for what seemed like an eternity, before even looking at what move he made. As I approached the table to watch the game, the same Grand Master then turned to me and stared profoundly in my eyes, as if observing a new species.

After the event, I learned that the tournament winner, Grand Master James Plaskett, is quite the celebrity, having won 250,000 GBP in the English version of “Who wants to be a millionaire”!

James has an enjoyable-to-watch aggressive style and plays to win. You could see he was visibly upset whenever an opponent would wimp out in resignation. After losing to Spaniard Jose Carlos Ibarra in round 7, Plaskett went on the charge in the next two games to become champion of the event. Impressive!

Overall, it was a very enjoyable weekend! Here’s some more photos. 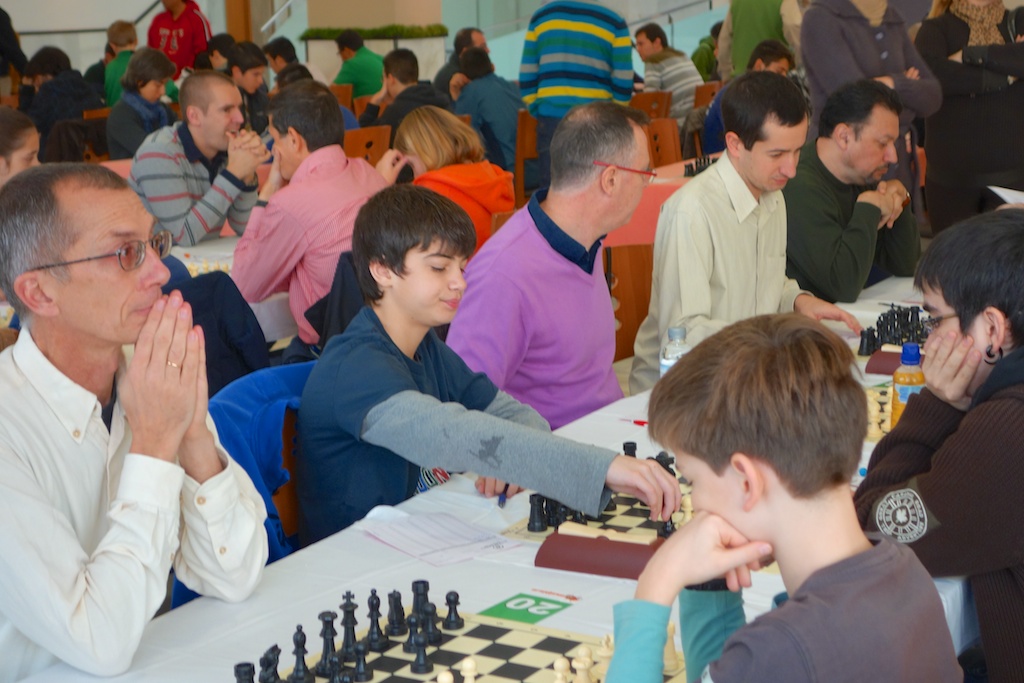