Yesterday the 2015 Blitz Chess Championship of the Spanish province of Cádiz took place about an hour’s drive down the coast from Marbella. Unlike other provinces, Cadíz allow anyone to participate in their championship, and so a team of us from Marbella traveled down to participate. 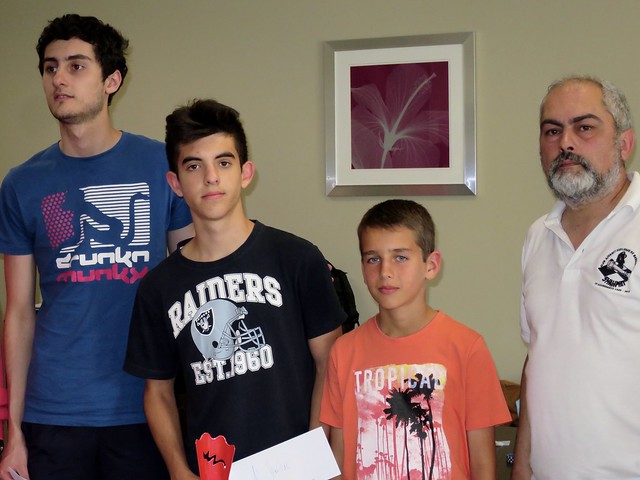 Against a field of 43 participants, the first three finishers were all from Málaga, including my son Lance, who finished second overall, with 6.5 points out of 8—having spent most of the day playing at Table 1.

All in all, we had a lot of fun, and it great to have the opportunity to see our friends from Cádiz.