After nine rounds of classical chess (90 minutes per side), played during the course of a week, Lance (pictured below in the middle) completed the tournament in a tie with Gabriel Quispe (pictured on the left), and by the thinnest of tie-break margins finished runner-up. 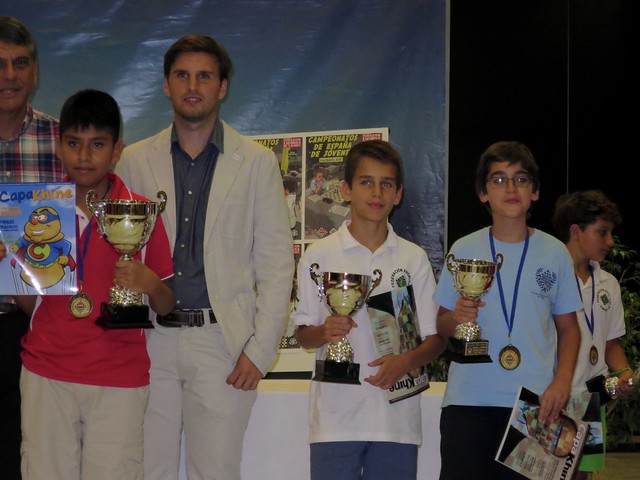 He wasn’t too disappointed, though, as his play during the week was really good and he got to enjoy the fruits of having worked hard during the event build-up over the past month or so. Final sub-12 classical chess classifications can be found at Info64.

On Saturday, shortly after the classical chess awards ceremony, the rapid chess championship started—another nine rounds of 10-minute games played over two days. Lance put in a solid performance in that tournament as well, and again finished runner-up, losing only only one game, to the champion, Miguel Soto Martin.

Final sub-12 rapid chess classifications can be found at Info64.

All in all, it was a great week, with great results—two silver medals! And it was a lot of fun getting see all our friends from around the country. In fact, I think the participants ended up playing more football in the afternoons than chess!