In this interview, Milton Friedman responds to Phil Donahue’s concerns about greed. 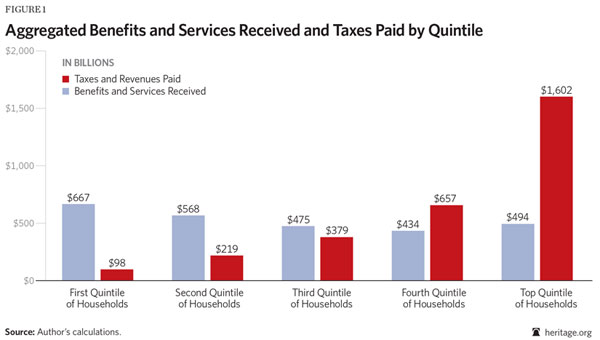 GoldMoney, an online service that allows consumers to buy, hold and sell bullion gold, recently announced a series of enhancements, including a debit card that will allow GoldMoney customers to make everyday purchases and cash withdrawals, anywhere in the world, using the gold stored in their accounts.

Similar to developments in the Bitcoin space over the past few years, GoldMoney’s announcement is another example of the progress of technology in allowing individual to choose alternate forms in which to store their wealth, and to conveniently use those alternate forms as “money” in their daily lives.

Unfortunately, however, there’s a force that acts to retard those technological advances—and that is government. Governments, for the moment, have the power to render impractical the use of Bitcoin or gold as money by mandating that the purchase and sale of anything other than one’s “functional currency”—which for US citizens is the US dollar—be tracked and treated for the purpose of taxation as “capital assets”.

As a “capital asset”, when you sell a house, you’re required to determine the gain you realized since the purchase of the house, based on its before and after value relative to the government’s functional currency, e.g. the US dollar. So if you bought a house for $100,000 and then sold it for $150,000 some years later, you are liable for capital gains tax on $50,000 (which in itself seems unfair, since the value of $150,000 today could well be below the value of $100,000 when you bought the house, due to the destructive effects of inflation.)

Similarly, the government places the same tracking and taxation burden on the purchase and “sale” of capital assets like Bitcoin and gold. And so when you use your GoldMoney debit card to buy a refrigerator for $600, you are required to determine the value of the gold used at that moment, in US dollars, and to report and potentially pay taxes on any gain you made relative to the value of that same gold in USD when you first acquired it.

This, of course, makes it completely impractical to use gold (or Bitcoin) as money, unless services like GoldMoney also offer a means to track and report cost-basis and gains.

And even then, I suspect things would still be legally murky in the area of small transactions. IRS Section 988 spells out the taxation consequences related to the purchase and sale of foreign currencies, and, while I’m not tax expert, it seems to specify an exemption on transactions that are both (a) personal (not business) and (b) less than $200. If Bitcoin and gold were considered “foreign currencies”, then perhaps capital gains tracking would not be required for transactions less than $200.

It’s incredibly inspiring to witness that, today, technology allows an individual in India to create an app that can be sold and delivered to millions in the United States. It allows a person living in Europe to hire staff in South America and sell services in California. It allows thousands of small investors to pool their money online to fund the development of an office building in New York. And it allows individuals around the world to choose alternative forms in which to store their wealth, and later use that wealth as currency in their daily lives.

In the face of such technological wonder, it feels incredibly archaic and frustrating to be held back by entities of state, organized around physical boundaries of geography, and exerting force upon residents and citizens through the application of laws which haven’t come close to keeping up with the rapidly evolving realities to which they are applied.

Hardly a day passes here in Spain that we don’t hear news of yet another case of political corruption. Whether it’s the left-leaning PSOE or the right-leaning PP, representatives from both the country’s main political parties are regularly caught in unimaginable schemes of corruption.

END_OF_DOCUMENT_TOKEN_TO_BE_REPLACED

The US tax revenue as a percentage of GDP is about 35%. In this article, Phil Greenspun points out that Obamacare, which forces citizens to purchase health insurance, isn’t materially different than European governments forcing citizens to pay extra tax to covers the cost of state-provided health care.

So if you consider Obamacare as a tax, the US tax revenue as a percentage of GDP increases to over 50%, such that the US would be more government-dominated than Sweden, Germany, Greece, or the U.K., and roughly in the same ballpark as France and Denmark.

And that would imply that the private sector of the US (that part of GPD not generated by government) is quite small, which in theory should act to impede growth—making the US a less attractive place to invest.